Many people who hear about crypto currencies for the first time doubt the usefulness of this digital currency and its seriousness. One of the most common arguments I have heard so far was that currencies like bitcoins have no intrinsic value and are therefore completely worthless.

However, this is only partially true. It is true that these currencies have no intrinsic value.

At this point, however, let us ask ourselves the following question – what is the situation with our everyday money in this respect?

And here we find the real point – even currencies such as the euro have no intrinsic value. While the value of money used to be tied to the value of gold, nowadays they get their value from banks and the state. These decide how much money is produced and which currencies are widely accepted.

This fact already brings us to one of the biggest advantages of crypto currencies – virtual money is independent of states and banks. Thus, the users determine the value. This means that the value of coins, as in all financial markets, is determined by supply and demand. This enables strong price jumps in short periods of time. 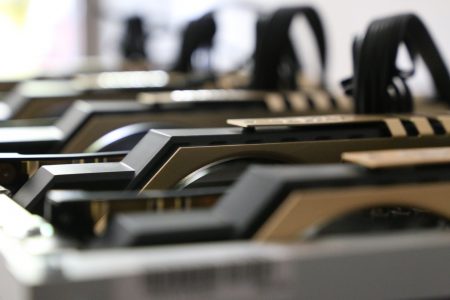 Since only states and central banks may multiply money and other means of payment, crypto currencies with an indefinite number of coins are illegal. The best-known currency, bitcoin, for example, has a maximum of 21 million coins. This regulation has a decisive advantage: there is no inflation in the world of crypto currencies.

Crypto currency transactions do not require a third party, such as a bank or payment platform such as PayPal. This enables a faster and more cost-effective transfer of values.

As this system can be used online worldwide, participants have full control over their account and their money 24 hours a day, 7 days a week. Cryptocoins know no holidays or Sunday rest.

Every crypto currency, whether Bitcoin or Ethereum, is based on an unchangeable algorithm, i.e. a mathematical code, which makes each of these currencies absolutely forgery-proof. This means that each coin has a unique signature. This is a huge advantage over conventional money or the usual payment via EC card or similar, because signatures can be forged.

The best known cryptic currency is the bitcoin. The development of this coin is already so far advanced that there are already numerous companies that accept Bitcoins as means of payment. These include the environmental organization Greenpeace, the computer manufacturers Microsoft, Dell and Alienware as well as several airlines.
Payment via Bitcoin is now also possible for the delivery service Lieferando, which is known throughout Germany.

There is even a city in the Netherlands, Arnhem, where there are more than 100 shops, bars, restaurants and hotels where you can pay with Bitcoin. Also in China there are already hotels that accept Bitcoin.

The fast food chain BurgerKing recently introduced the WhopperCoin in Russia. The customer gets this when buying a Whopper.

I was able to list many other companies here. The number of companies that accept Bitcoin is increasing daily.