The birth of cryptocurrencies came with the creation of Bitcoin in 2009 by the still anonymous inventor known by the pseudonym Satoshi Nakamoto.

He developed the digital currency as an alternative to the common fiat money. The idea was to achieve more independence from central banks through a decentralized currency.

This goal was realized by means of blockchain technology, on which Bitcoins are based.

The idea became a complete success and more and more startups used the success of Bitcoin to create their own digital currencies.

Cryptocurrencies have become a potential goldmine, as this form of modern money has already been increasingly asserting itself for several years and there is still no end in sight to the crypto trend.

This can be seen in the success of Bitcoin, which began in 2009 with a value of fractions of a cent and reached several thousands of euros per coin over the years. Early investors were thus able to earn millions and even today many hope for similar success when they buy Bitcoin.

However, success is not limited to Bitcoins, as startups and developers are also bringing more and more altcoins with innovative technologies to the market. In addition, market-leading currencies such as Ethereum, EOS or Litecoin are particularly well-known. EOS is a less known yet quite interesting project you might want to read more about.

While Ethereum is very different from Bitcoin in terms of structure, Litecoin is modeled after Bitcoin. Litecoin was created in 2011 and is technically practically identical to Bitcoin.

It has been made use of the advantages and enormous popularity of the big Bitcoin, but some small things have been improved. For example, the network of this digital currency is able to process each block within 2.5 minutes, while bitcoin needs 10 minutes for the same process.

So, if you want to buy or sell something using Litecoin, you can perform transactions much faster. Moreover, Litecoin has put much more emphasis on distributing the currency among many people and preventing centralization, which could be noticed in Bitcoin lately.

Of course, it’s not just the currencies themselves that are creating innovation. There are also startups that want to simplify the use of digital currencies.

This is the case with Coinlancer. This platform is especially aimed at freelancers who work on the Internet. Based on blockchain technology, security and transparency have been created, allowing Coinlancer to act as an intermediary between clients and freelancers.

Thus, trust can be built as disputes between parties are preemptively prevented. Before a project begins, the client transfers the funds to Coinlancer, which acts as an escrow and transfers the payment in the form of tokens to the freelancer, who can then exchange them for various cryptocurrencies.

Inclusion of digital currencies is the buzzword within crypto startups, which is why the Rentberry platform has focused heavily on rental properties.

Using blockchain technology, Rentberry is able to automatically manage various aspects of renting, from the contract to the monthly rent itself.

This is intended to save tenants and landlords time. Since the rental in the case is only digital, deposits are also no longer necessary here, as the automated contracts are only formed when there is sufficient security. Even those looking for a hotel room on vacation can now rely on digital currencies.

For this purpose, there is the Trippki platform, which acts as a kind of reward system. Customers receive Trip Tokens when they visit a hotel, which they can use in the future to pay for other hotels.

Four of the most promising Cryptocurrencies for 2021 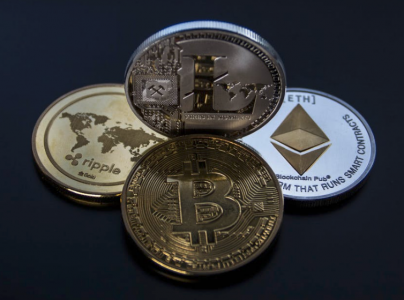 In view of the current situation, many people are thinking about investing some of their money in digital currencies. This consideration is not surprising at all, since the bailout packages of the states could lead to hyperinflation.

Such an event would hit all savers hard. At least if they have not diversified their investments beforehand and only have assets in currencies such as the dollar or euro. But what are actually the most attractive cryptocurrencies in 2020?

It should be clear why we are mentioning bitcoin here. After all, the cryptocurrency, which was launched in 2009, is the mother of all digital currencies. It paved the way for the various altcoins and also has the highest market capitalization.

While cryptocurrencies are generally risky, Bitcoin is nevertheless one of the least risky investments in this field. The fact is that many experts believe that bitcoin is far from having exhausted its potential. This is a topic that is also discussed again and again in our forum. Moreover, since it is a deflationary currency, investors in Bitcoin need not fear hyperinflation in principle.

Ethereum, or Ether, has the second largest market capitalization after Bitcoin. However, the cryptocurrencies are far less similar than most investors think. For one thing, Ether is an inflationary currency. For another, Ethereum is intended to be used less as a means of payment and more to enter into smart contracts. The fact is that the forecasts are favorable should you plan to buy Ethereum.

Unlike some other altcoins, Ether showed consistency over the course of the last few months. Despite all the negative influences, such as the current pandemic, the Ethereum price performance was not bad at all. Even a renewed soaring cannot be ruled out. Thus, an investment could definitely be worthwhile until the end of the year.

The great times of IOTA seem to be over. For a short time, the coin was able to achieve a rapid price increase, which was, however, related to the fact that investors assumed a cooperation with Microsoft. However, this cooperation was denied and since then it has become quieter around IOTA.

However, this does not mean that investors should disregard the potential of the currency. Especially now, when buying IOTA could make perfect sense since the price is at a low level. Moreover, IOTA comes with some advantages, such as free transactions. So it is definitely a sophisticated currency that could surprise us in the future.

There are many supporters of the crypto scene who see Dash as the better alternative to Bitcoin. The reason for this is mainly the fact that Dash is largely anonymous, unlike Bitcoin. Transactions with Dash cannot be easily traced, as is the case with Bitcoin.

Furthermore, the speed of transactions is higher and there is a decentralized voting system. Dash therefore has the best prospects of competing with Bitcoin in the future. At least those who value anonymity should consider investing in the currency.