The origin of the term “crypto” lies in the term “cryptography” – to encrypt science, information and data and thus protect them from unauthorized access or manipulation.
By “cryptic” money, we therefore mean money in digital form.

Whether Bitcoin, Litecoin or Ethereum – all these terms are the names of different virtual currencies.

That’s all well and good for now. But where does this digital money come from? And what makes it so special?

This is precisely where a crucial difference lies between crypto currencies and the money we use in everyday life – cryptic money is not created by states or banks,
but from the users themselves. This characteristic has many advantages and special features.

Have you become curious?

In the following sections of this article you can learn more about digital money step by step.

The very first crypto currency was the bitcoin. To this day, it is one of the best-known and most popular coins in the world.

It was first introduced on 01.11.2008 by Satoshi Nakamoto. However, this name is only a pseudonym, similar to the “Max Mustermann” common to us. Who really is the inventor of the Bitcoin is unknown until today and will probably remain so forever. 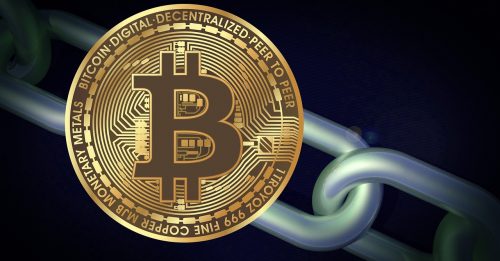 The invention of this currency was stimulated by the financial crisis in 2008, so the basic idea was to develop an alternative financial system that was independent of states and banks.

However, the Bitcoin attracted broad media attention for the first time in the summer of 2011, when one of the first major price jumps took place. Since its first introduction in 2008, Bitcoin, like other cryptic currencies, has been continuously revised and improved by volunteer programmers.

How does it work?

For the system behind Bitcoin to work, each transaction must be validated and verified. The confirmed transactions are listed in so-called blocks. Blocks are directories that are strung together and thus become a chain or block chain. The blockchain is completely independent of state regulations and banks and is not stored on a central server. The inspection of the individual transactions is done by the Miner. They work according to the proof of work principle.

Translated means proof of work. This procedure is also known as mining. Miners enrich the coin system in two ways – firstly, they confirm all transactions and secondly, they issue new coins.

If a transaction is executed, a mathematical equation must be solved for its verification. This is processed by independent miners all over the world. The equation can only be solved with randomly generated numbers. Miners try to enter random numbers into the mathematical function until they find the right numbers. As a reward for the solved equation, Miners receive a portion of the coin of the transaction. The calculation tasks are organized and distributed to the different miners so that they take over the entire accounting of the system.

Mining consumes large amounts of electricity, making the process both costly and environmentally harmful. For this reason, the first alternative systems have already been developed, such as the principle of proof of stake.

Translated, Proof of Stake means: “Proof of Shares”. In this approach, transactions are not verified by solving mathematical equations, but by so-called validators. They compare several possible versions of the blockchain and then select the correct ones.

The validators are a certain number of coins that the miners already have. You make these available for checking the transactions. All transactions that have already been carried out are stored in the currency and are used to determine the correctness of the subsequent transfers. In this way, the miners can determine that no “Mark” is issued twice.
With the proof of stake principle, the number of available coins is precisely defined. If such double bookings were confirmed, a coin would have to be removed elsewhere to keep the number the same. If the validators choose the wrong version of the blockchain, the miners lose their money. 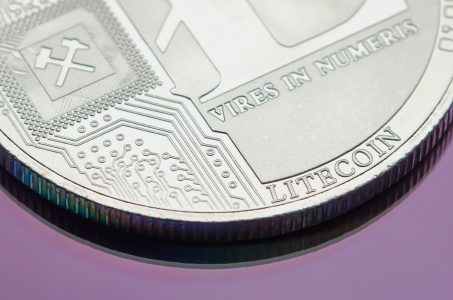 Blockchain technology forms the basis of all crypto currencies. Translated, blockchain means as much as “block chain” and this term already describes how this technology works.

A block is a digital collection of encrypted or cryptic information about the transactions of the members of a crypto currency. This collection of information is comparable to a bank statement – but it is digital and comparatively anonymous. The members of a transaction are not named. Each participant receives an identification number which serves as a pseudonym. The individual blocks are created by individual, independent programmers worldwide using the “Proof of Work” or “Proof of Stake” principles explained above.

The blockchain itself is the sum of all blocks, a kind of digital cash book.
Since each newly created block is stapled to the previous blocks, all blocks are connected to the so-called “Genesis block”. This is the first and therefore also the main block of the chain.

Since each block is based on the previous block, it is ensured that all accounts involved were covered and no coins were artificially added.

Thus, the blockchain is an endless list of all executed transactions. In this way, everyone can see how many coins of a crypto currency are in circulation. It is therefore a digital, decentralised and secure payment system.

The fact that the blockchain is safe from manipulation and at the same time transparent for everyone makes it one of the most secure databases, which will increasingly be used in various areas in the future.

As exciting as the area of crypto currencies is – the potential of Blockchain technology extends far beyond the financial market.
The principle of the digital database, which cannot be deleted or manipulated, has already been applied in several other areas.

For example, there are now so-called “Smart Contracts”.

Contrary to conventional contracts, the conclusion of contracts via a block chain guarantees the actual implementation of the conditions laid down. Mutual trust, which is the basis of normal contracts, is not needed with smart contracts. If one party does not abide by the agreements, the system reacts automatically.
For example, if someone buys a car at a certain monthly rate and does not pay it on time, the on-board computer can be automatically deactivated via the block chain so that the car is no longer usable by the customer.

In the USA there are already couples who have married via a blockchain. Instead of rings and witnesses, both partners scanned in a QR code to confirm their identity. Maybe not the most romantic way, but it’s possible.

Furthermore, auctions are already carried out via Blockchain technology, as this guarantees transparency and the actual receipt of the money.

Apart from the examples I have already mentioned, the use of this technology for other areas is already being planned. These include the use of the blockchain to hold elections. Once you have cast your vote, it is stored anonymously and irrevocably in the database and protected against any manipulation.
Other projects would be the charging of electric cars and the control of the mileage of cars by block chains, to protect against manipulation, as well as the application for billing in the health service to combat prescription fraud.